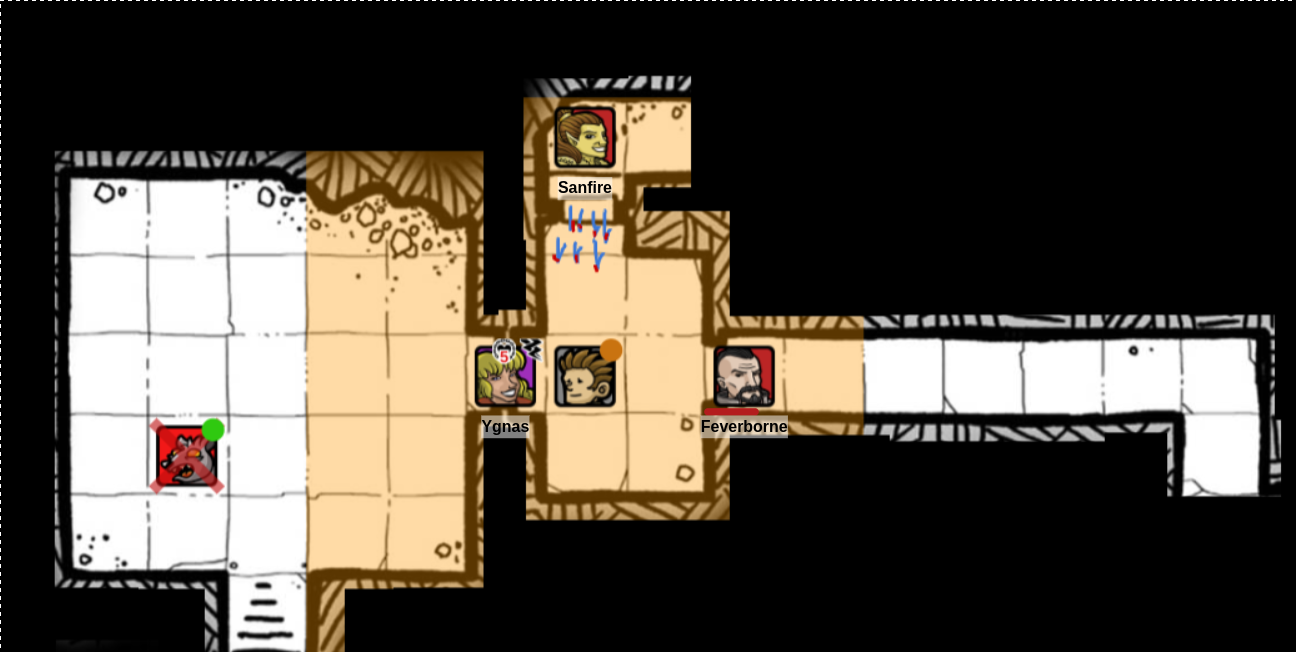 With one wererat fleeing from a snoutful of wolfsbane, the rest of us rushed into the room. Alas, we were not quick enough to reach them before we lost the advantage of surprise. Sanfire had told me where to find both of the rats, but I could only see the one choking on herbs. I ran to cut off his escape path, striking a blow with my silver dagger, but the second one fell upon me from behind. We managed to trap and kill one but the second escaped, still choking on wolvesbane.

We gave chase into the next room, but got ambushed. We killed two and the rest fled, but I was sorely wounded. Ygnas contibuted a healing spell, which took longer than usual, and I chased it with some of the wafers of St Yggthat Wohzniak is so impressed by. That got me back to fighting shape, but without much margin. Ygnas tried another healing spell for herself, but something went even more wrong and now she’s really looking worried.

We tried to rest for another ten minuters and had to fight off another ambush. Clearly they are trying to wear us down in a battle of attrition. We drove them off again, killing one more, I think. It’s hard to keep track. Then they fled, and we cautiously explored to the north and the east. Both paths appear to lead to some sort of undercity, long forgotten streets with no view of sun or sky. I fear we will need to retreat to the surface again with nearly empty purses and try to acquire funding for rations, mercenaries, and a safe rest. Exploring an underground city seems a lengthy undertaking.

Ygnas and Sanfire were discussing bringing one of the wererat bodies back, in case it was one of the missing children. Since in death it merely looks like a dead teenage girl with stab wounds, I suggested this would cause more trouble than it would be worth. We’ll see if they listen.